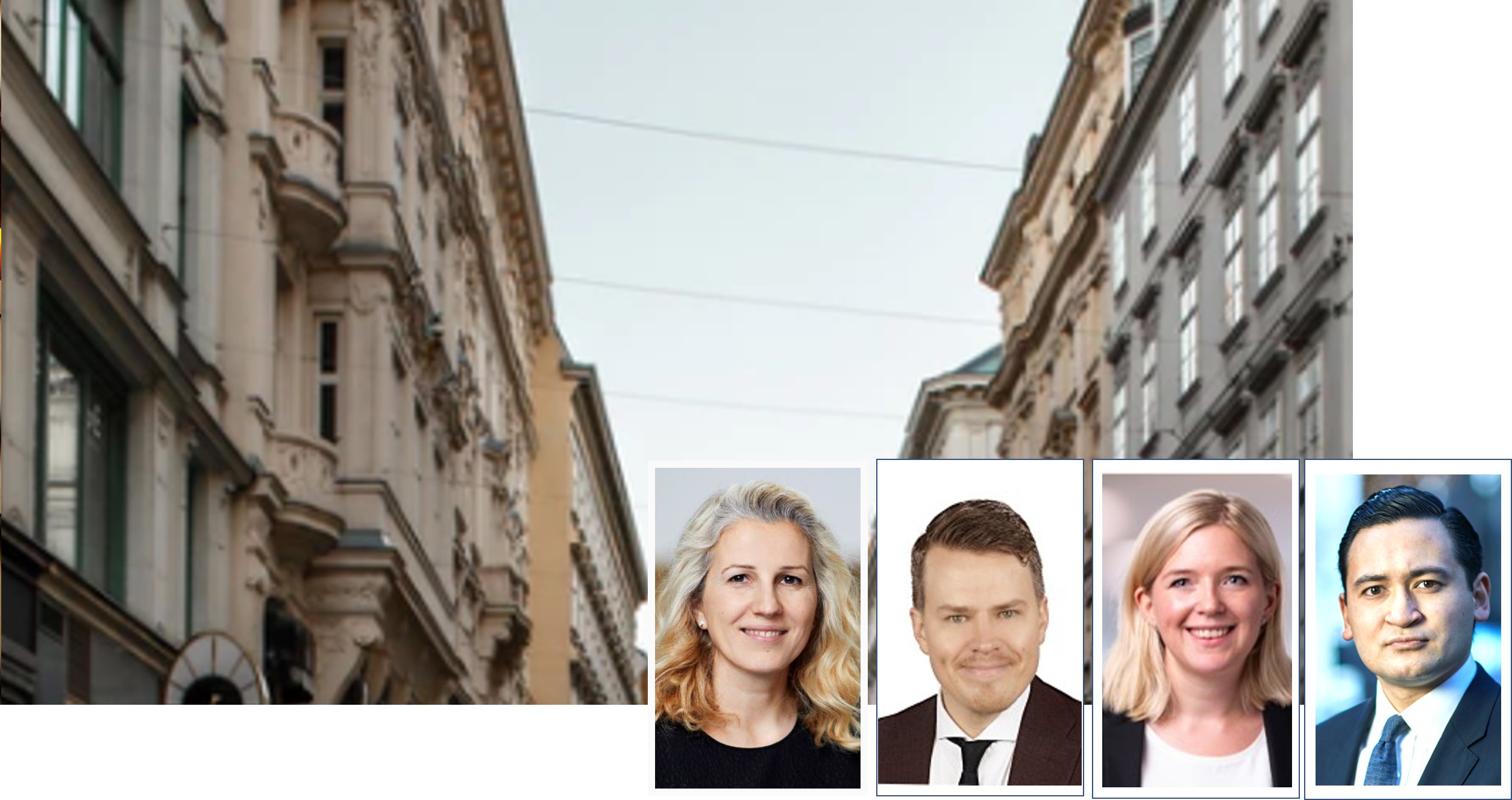 The Nordic research team held a well-attended and popular client call during Tuesday last week. Here’s a brief summary of the most important points you need to know about the Nordic economies and real estate markets.

The Coronavirus will have an adverse impact on all four economies in the Nordics, with contracting GDP and higher unemployment rates as a consequence. For GDP, the current forecast is that Denmark will contract by -3.9% in 2020, Finland -5.5%, Norway -4.5% and Sweden by -3.6%. The CPI is expected to be very modest in Finland, Denmark and Sweden, ranging between 0.2 – 0.5%, while in Norway the expected CPI is 1.2%.

In Sweden, vacancy rates have moved up in all 3 major cities. In Stockholm the overall vacancy rate moved up from 4.1% to 5.1%, in line with the forecast for Europe. The CBD rents were initially moved down with -5%, forecast is that rents will bottom out at -10% by year end and remain at that level throughout 2021. Transactions in the leasing market are gravitating towards tax financed public tenants.

In Norway, the office-based employment was not as badly impacted as initially thought, and in Oslo office-based employment is even expected to increase marginally in 2020, which is an impressive feat in the current market. Significant supply pipeline in both 2020 and 2021 will push up vacancy rates, so far rising with roughly 60 bps. The biggest rental decline is in the Outer East submarket. The medium-term outlook for office rents in Oslo is strong, in fact one of the strongest in Europe.

Danish office-based employment is expected to drop in the short term, resulting in both higher vacancy and potentially dampened leasing activity. The year end and the beginning of 2021 will bring more clarity on where the vacancy rates could land. Rental growth in Copenhagen was already starting to ease in the early part of the year - the downturn will accelerate this process, but we do not expect this to pull the market into a negative territory.

For Finland, activity has been slowly picking up in recent weeks on both investment and occupier market after a quiet Q2. Both domestic and international investors are actively making queries and searching for investable assets. The main occupier talking points have recently been the flexible and serviced office segment and overall, how to deal with the headcount volatility in the short- and mid-term. However, flexibility is here to stay.

In Norway, consumer spending is falling off a cliff. In just a few months in Q2, several retailers were bankrupted during a period in which more than half of all shops were closed, at many shopping centers and high streets. In terms of rents, we are seeing downwards pressure on most retail assets, and believe that a recovery here will take time, as the market needs time to absorb the current vacancy even though consumer spending is returning.

Denmark was one of the first countries to restrict public gatherings and close restaurants, bars and shopping centers, meaning that is was also one of the first European countries to open again. The effects of the contraction in the Travel and Tourism industry figures were and still are strongly felt.

In Sweden, the structural effects of the e-commerce transition have only accelerated through the pandemic. Notably many mid-segment clothing brands without omnichannel strategies have been bankrupted, and the vacancies they leave will weigh on the rent development. Discount stores and big box areas have reversely expanded store networks. Big box areas have been favored during the pandemic as shoppers can travel by car and avoid public transport. Luxury chains are affected by the decrease in tourism, but as the high street area is relatively small in Stockholm, we do not expect an uptick in vacancy levels here. The high street rent is forecasted to be flat.

In fact, vacancy in the Oslo region is down 40 bps compared to the end of last year.

In Finland as well, logistics is a clear winner with growing e-commerce and delivery orders on the rise during the pandemic. Large food retailers, Kesko & S-Group, have been reporting three – to five-times larger online delivery volumes which might spur growth in cold-storage and last-mile logistics- Lack of product continues to define the market for prime industrial properties.

In Sweden, the big news is that Amazon and Kuehne+Nagel is coming to the market. As Kuehne+Nagel has chosen to establish in Eskilstuna, this might increase the hub’s popularity going forward. Pre-let is by far is the most common in the market, with only 17% being finished on speculation in 2020 and 21% in 2021.

Multifamily is another sector with very strong momentum in Finland and Sweden with high demand for rental dwellings and both domestic and foreign investors viewing this sector as recession-proof. Multifamily continues to be on the top of many investor wish-lists and the stable demand and attractive risk-adjusted returns support the sector.

The anticipated regulatory changes in Denmark (the so-called paragraph 5.2) have been adopted and became effective starting July 1. The uncertainty regarding the regulations has weighted heavily on the market, putting a cap on the investment volumes in the sector. Despite the negative reaction to the changes, clarity over adoption of what the regulations entail has been positive for the market.

The Coronavirus has had an adverse effect on the Nordic economies, and for the real estate market the effects are especially felt in retail and hospitality. Office is more mixed but is picking up as uncertainty lifts. We continue to see a strong interest for logistics, multifamily and alternatives.

The Nordic Research team’s research data and hands-on expertise in the Nordic market offers the latest insight and a global perspective into how Nordic cities are changing, now and in the future.

Please contact the Nordics Research Team if you have questions or would like to book a meeting. They can also direct you to CBRE's advisor for respective sector.

You find more information about the Nordic Team here. 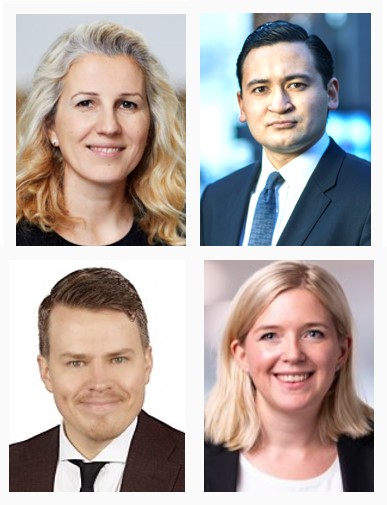 The CBRE Nordics Research Team knows the Nordics inside and out.

Dragana is an experienced professional with over 13 years of experience in the real estate sector. She leads the research operations for the Danish market. The Danish research department covers all market segments and works closely with other Business Lines by using research to drive client-based initiatives. Dragana also collaborates with the Danish marketing department and supports the achievement of marketing goals for various products and services. Besides being responsible for leading research functions in Denmark, Dragana also supports CBRE’s pan-Nordic research. Mobile phone: +45 (0)3135 7484
Email: Dragana.Marina@cbre.com

Einar is Senior Analyst in the Research division at CBRE in Norway, and part of the wider Nordics and Europe research teams. Specialist at commercial real estate investments and Norwegian office markets.
Mobile Phone: +47 94 14 14 84
Email: Einar.Melberg@cbre.com

Jussi (M.Sc.Econ, CEFA) is the Head of Research in Finland and part of the Nordics Research Team. He leads all research activities in Finland and works together with the business lines to provide clients and the wider market with high-quality research and value-added market insights. Jussi has over 10 years of experience from Wealth Management and Capital Markets and has a unique skill set that combines financial and capital markets and data science knowledge.
Mobile phone: +35 8 40 537 5760
Email: Jussi.Niemisto@cbre.com